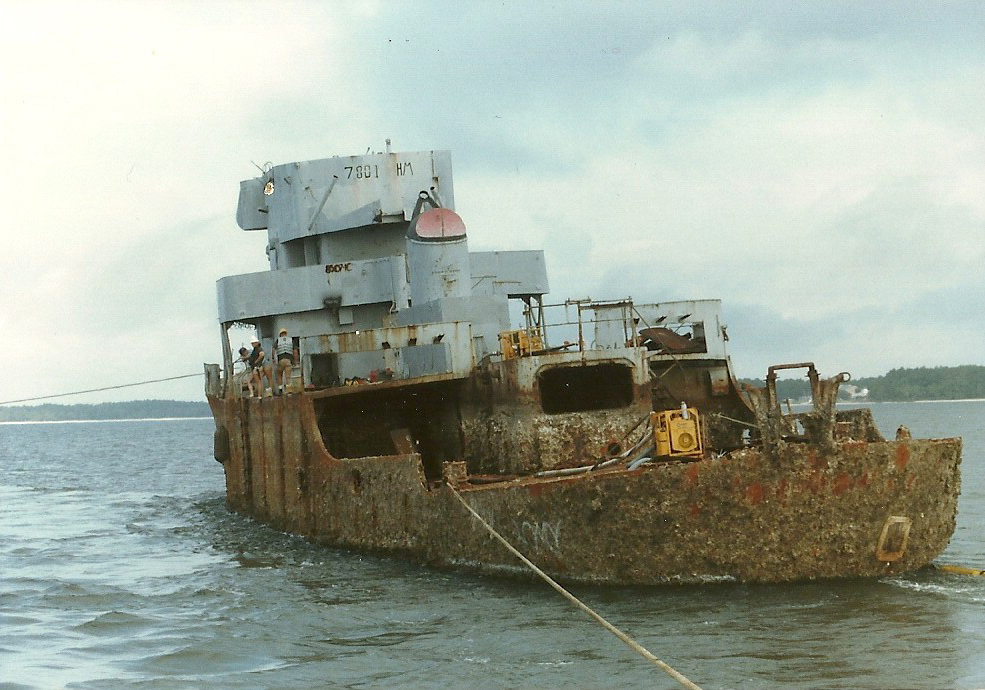 USS Strength, a World War II minesweeper, saw action off Iwo Jima and Okinawa where she survived both a midget submarine attack and a kamikaze raid.

The Job of The USS Strength

Later in life, Strength served as a training hulk for Navy salvage divers in Washington, D.C., and then Panama City.

The Sinking of The USS Strength

Sunk for the last time in 1987, she lay on her side for years before being righted by a hurricane in 1995.

Second Life of The USS Strength

At less than 80 feet, divers can easily swim between the two sections of Strength’s hull where her bow separated from the rest of the ship.

Early History Of The ex-USS STRENGTH

The STRENGTH (AM-309) was an Admirable class minesweeper put into service in March of 1944. A 850 Ton ship, she is 184 feet long with a beam of 33 feet and was built by Associated Shipbuilders of Seattle, Washington. With twin screws and two diesel-electric engines she had a total of 1,800 HP, and could reach speeds of 15 knots. Fully operational until the mid sixties, she carried a wartime complement of 98 men under the command of a Lt. Commander. She was rigged as a minesweeper but carried minimum armament of one three inch gun and four 40mm anti-aircraft guns. The STRENGTH was officially commissioned in September 1944, completed her shakedown cruise and reported to Iwo Jima on February 16,1945. She began sweeping operations to clear the waters for the invasion fleet which arrived on 19 September. The following month the STRENGTH was attacked by a partially surfaced Japanese midget submarine. Two torpedoes passed underneath her and the gun crews drove off the sub without apparent damage. In March the minesweeper worked to clear the approach to Okinawa. After the initial assault the Japanese countered with heavy kamikaze suicide planes. When chosen as a target the gun crews of the STRENGTH downed the plane before it could hit the ship. The STRENGTH received three battle stars for service during World War II. Placed out of commission and in reserve on July 19, 1946 the minesweeper sat in storage until being struck from the Navy list on April 1, 1967. The STRENGTH was taken from the moth ball fleet by the Naval Diving and Salvage Training Center (NDSTC) to be used as a training hull. Originally the NDSTC was locate at Little Creek, Virginia and that was the original base for the STRENGTH as a trainer. When the school moved to Panama City in 1980, the STRENGTH was patched and pulled south. Divers being trained for salvage work continued to survey, patch, pump and re-float the hull. Thousands on Navy salvage divers began their careers by doing the work and calculations necessary to bring the STRENGTH back to the surface. The integrity of the hull was going down rapidly (it was getting harder and harder to patch). In 1987, the STRENGTH was patched for one more trip offshore and Navy EOD divers sent her down for the last time. Unfortunately the STRENGTH ended up on her side. Over the next few years the STRENGTH grew in stature as an artificial reef. Attracting both fishermen and divers, the wreck was also used as a training platform for Navy cutting work and the bow was separated from the rest of the wreck. When Hurricane OPAL passed through in 1995, she washed out a hole on the side of wreck and the main part of the hull slide into and almost upright position. Even today, over 25 years later, the STRENGTH is still serving as a training aid to the thousands of divers that visit each year! 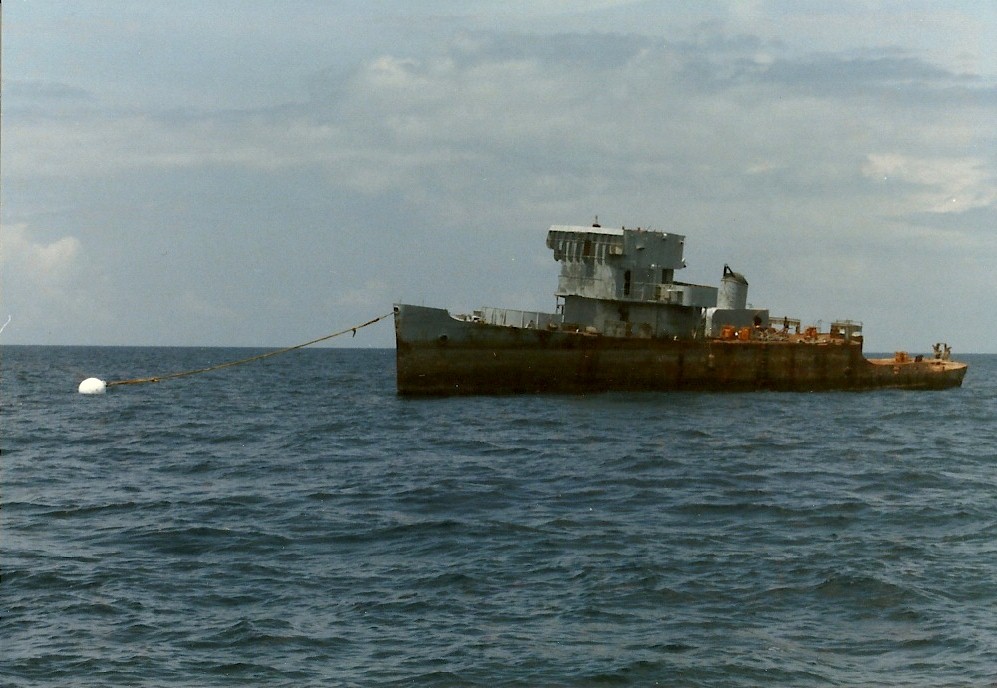 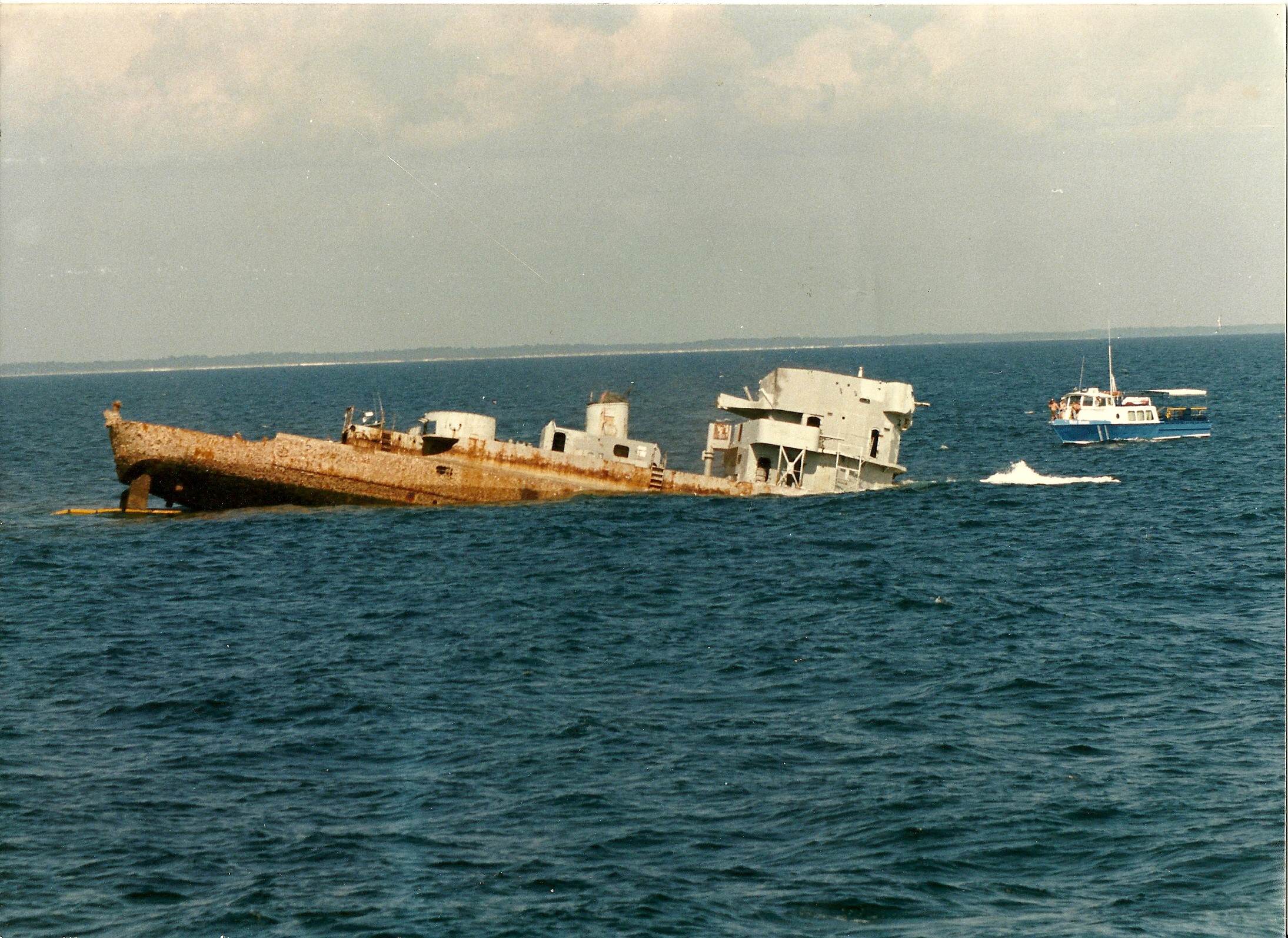 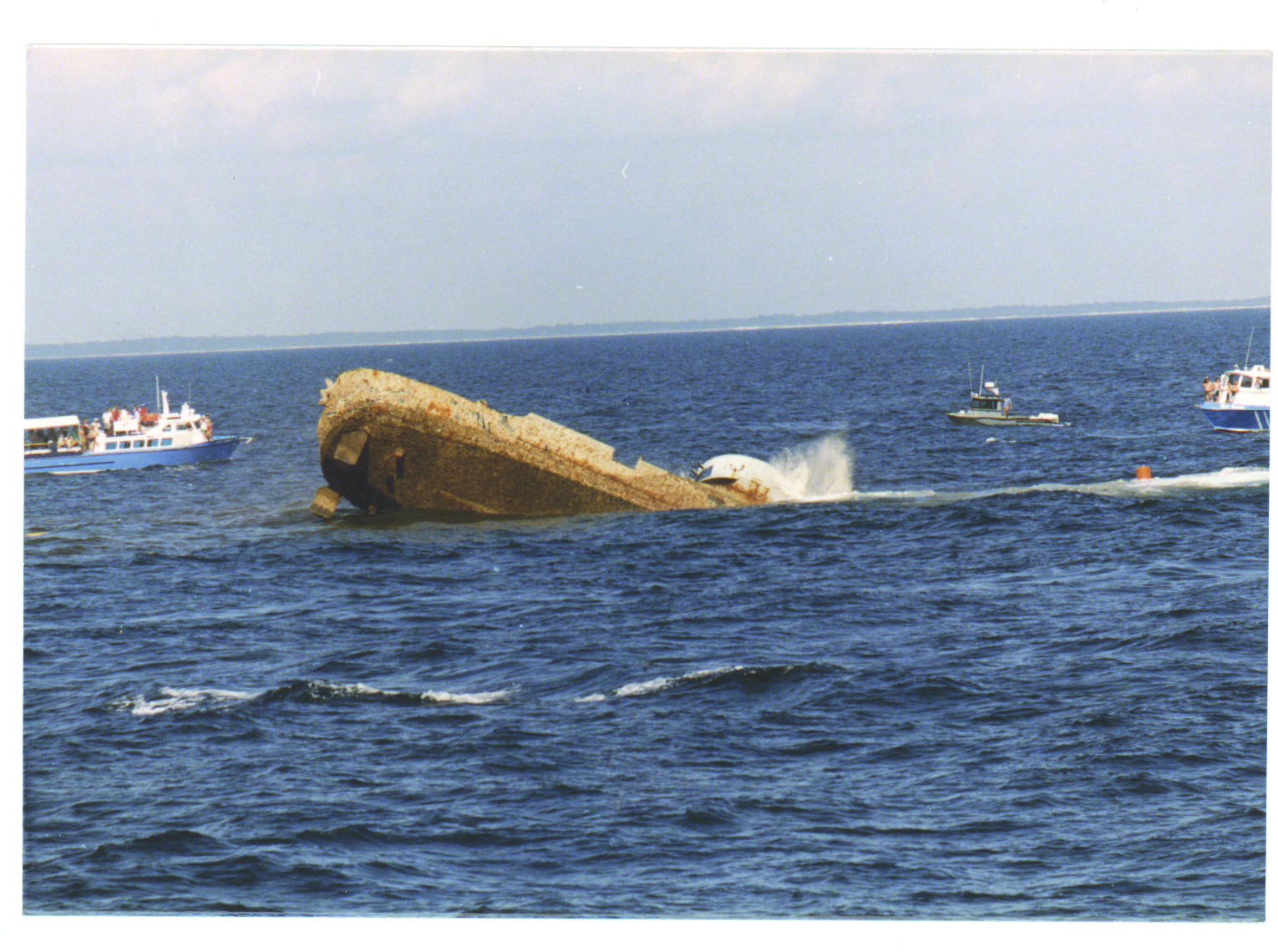 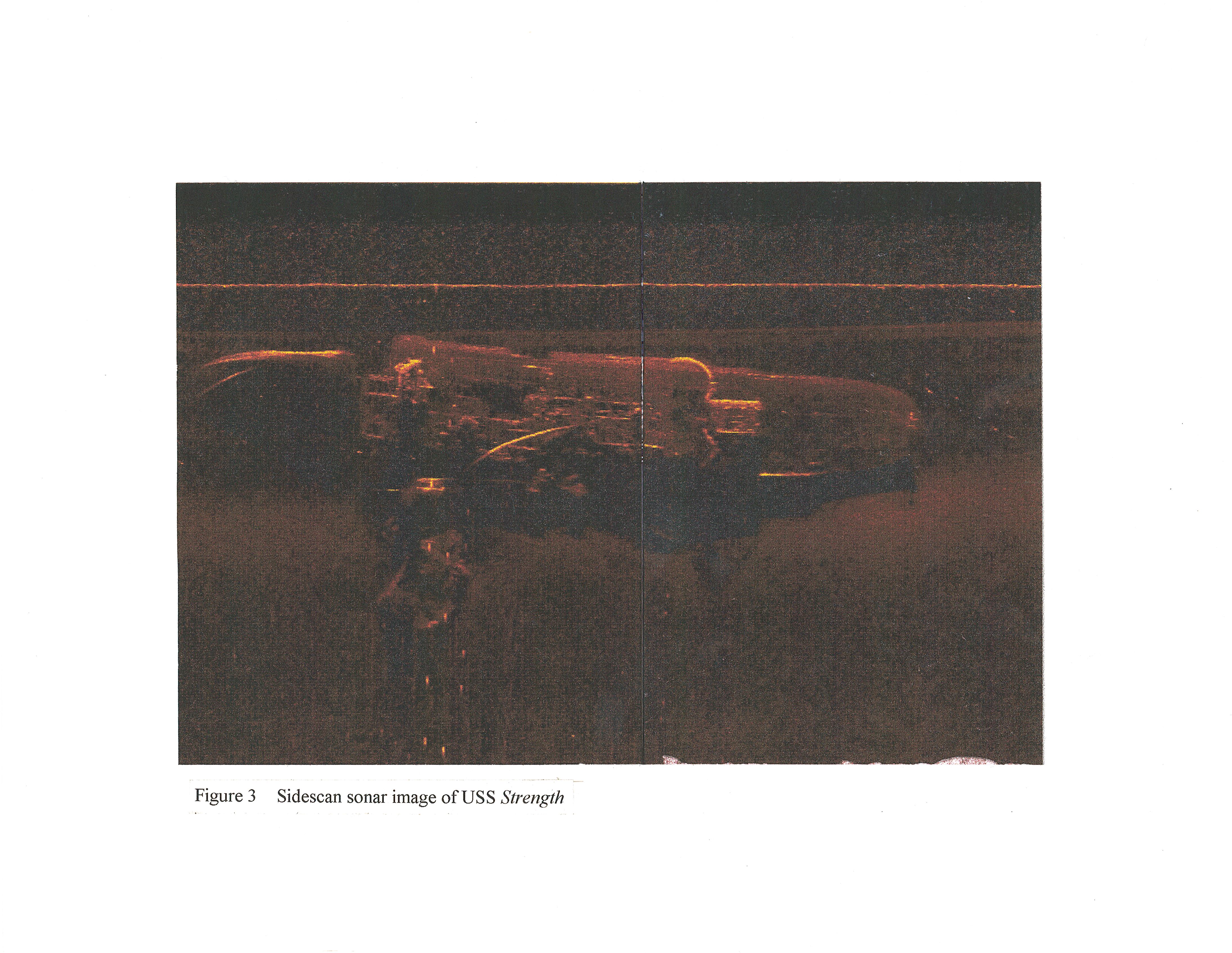 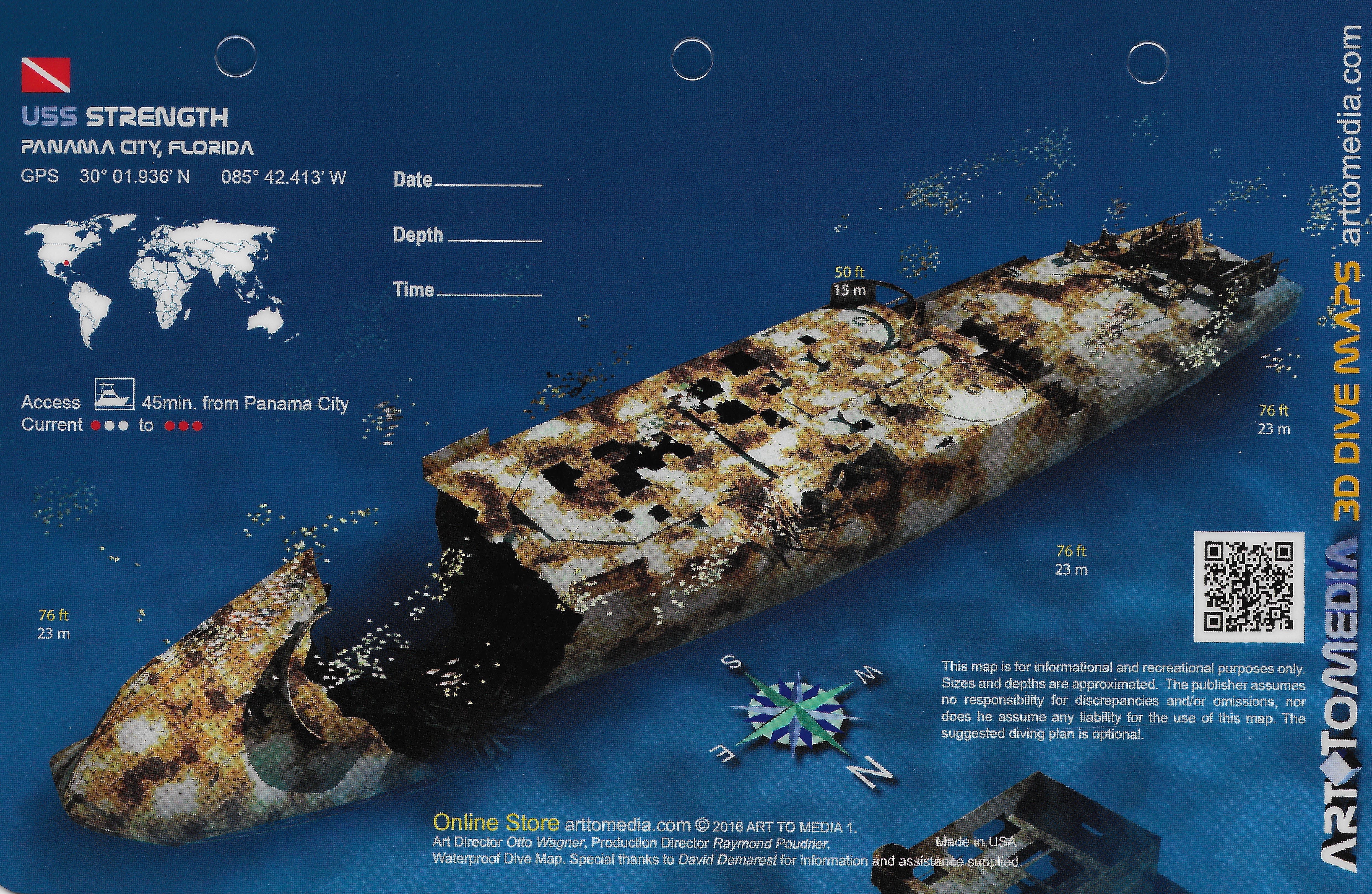