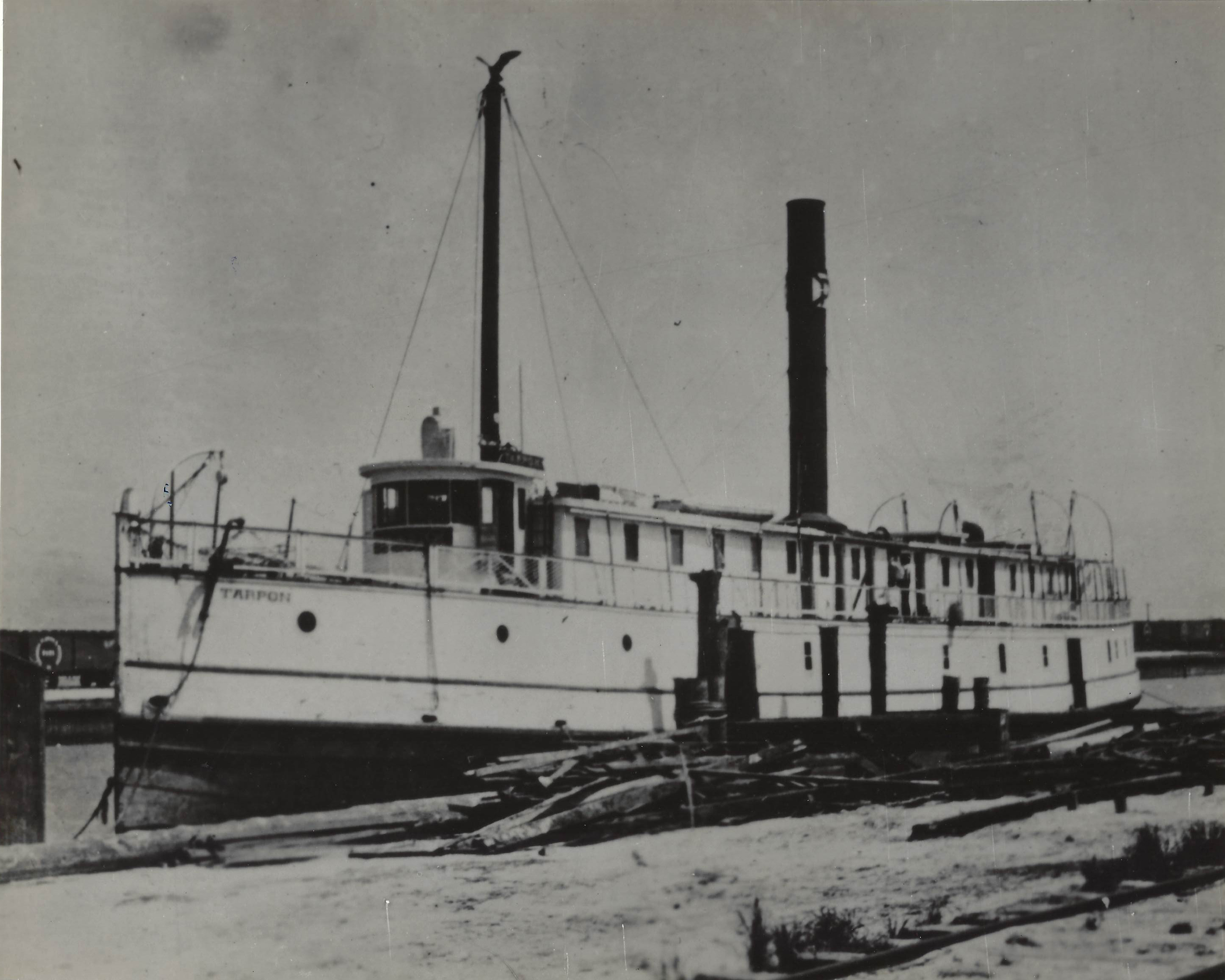 The Job of The Tarpon

The Sinking of The Tarpon

Second Life of The Tarpon

Place date here from Spreadsheet in G Drive OR From http://www.floridapanhandledivetrail.com/

Early History Of The Tarpon

Perhaps no ship is tied stronger to the history of Gulf Coast shipping than the SS TARPON.  For years the TARPON and her illustrious skipper, Capt. Willis Barrow, kept a schedule between Mobile and Carrabelle.  Bad roads and no rail service made the TARPON’s route invaluable to the daily lives and to the development of these coastal communities.

The TARPON was built in 1887 at a shipyard in Wilmington, Delaware.  She was delivered to the Naugatuck Valley Steamboat Company and used to carry freight along the rivers to New York City.  Due to heavy competition by railroads within two years the TARPON was sold to Henry Plant and moved to Tampa, Florida.

In 1891, she was sent back to the builder and had 30 feet added in length as well as several staterooms.  At this time she was renamed TARPON and served her owner until 1902 at which time she was sold to the St. Andrews & Gulf Steamship Company based in Pensacola, Florida.  Capt. Barrow, took delivery and moved the TARPON to north Florida and become forever inseparable in the history of Florida.

Beginning in 1903 the TARPON made weekly runs between the ports of Mobile, Pensacola, Panama City, Apalachicola and Carrabelle.  Despite hurricanes, groundings, fires and other threats, TARPON continued the run week in and week out.  In December 1922 Capt. Barrow and TARPON celebrated twenty years of service by making the 1,000 run across the Gulf Coast.  The local press estimated that TARPON had traveled approximately 700,000 miles or roughly the distance equal to around the world 28 times.  In March of 1923 the top decks were engulfed with fire at Tarpon Dock, Panama City.  Prompt response by local volunteer firemen save the ship.  In 1926 and again in 1929 she was grounded in storms.

On August 30, 1937, five weeks short of TARPON’s 50th birthday, she left Mobile loaded to the hilt.  The ship made Pensacola and left for Panama City on August 31.  Around 2 am on September 1, water was crashing over the sides and the TARPON began to sink.  Adley Baker, an oilman, swam slowly to shore over 25 hours and was picked up on the highway near Philips Inlet.  Eighteen people lost their lives including Capt. Barrow.

Over sixty years later the remains of the TARPON is still one the most requested dives in Panama City.  In 1997, sixty years after the sinking the TARPON was selected and dedicated as Florida’s sixth State Underwater Archaeological Preserve.  A plaque on the bottom commemorates the history of the ship and the people who helped to recognize it.  The Museum of Man in the Sea, on back beach, has an excellent display on the TARPON.

The TARPON contributed greatly to the early development of Bay County and the entire Gulf Coast.  It seems appropriate that even after succumbing to the elements, she lives on.  The TARPON is not only a home to sea life but also a link into history for all who visit. 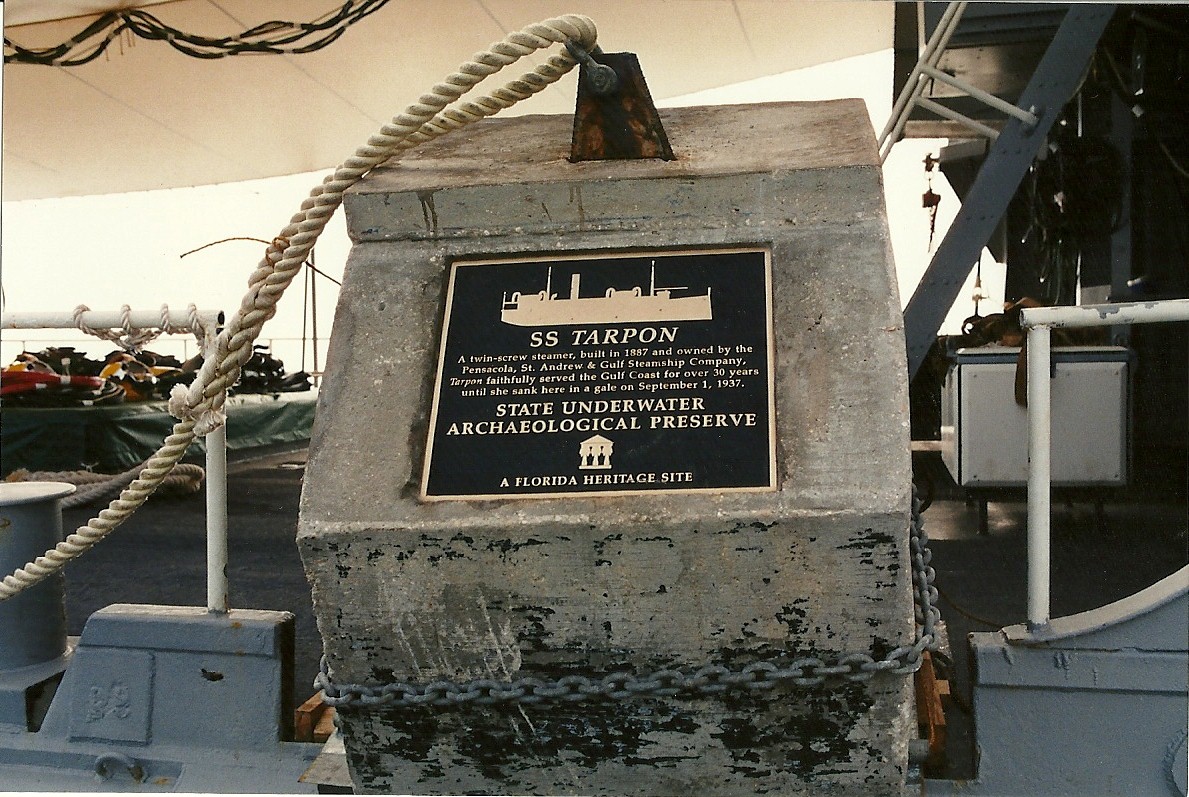 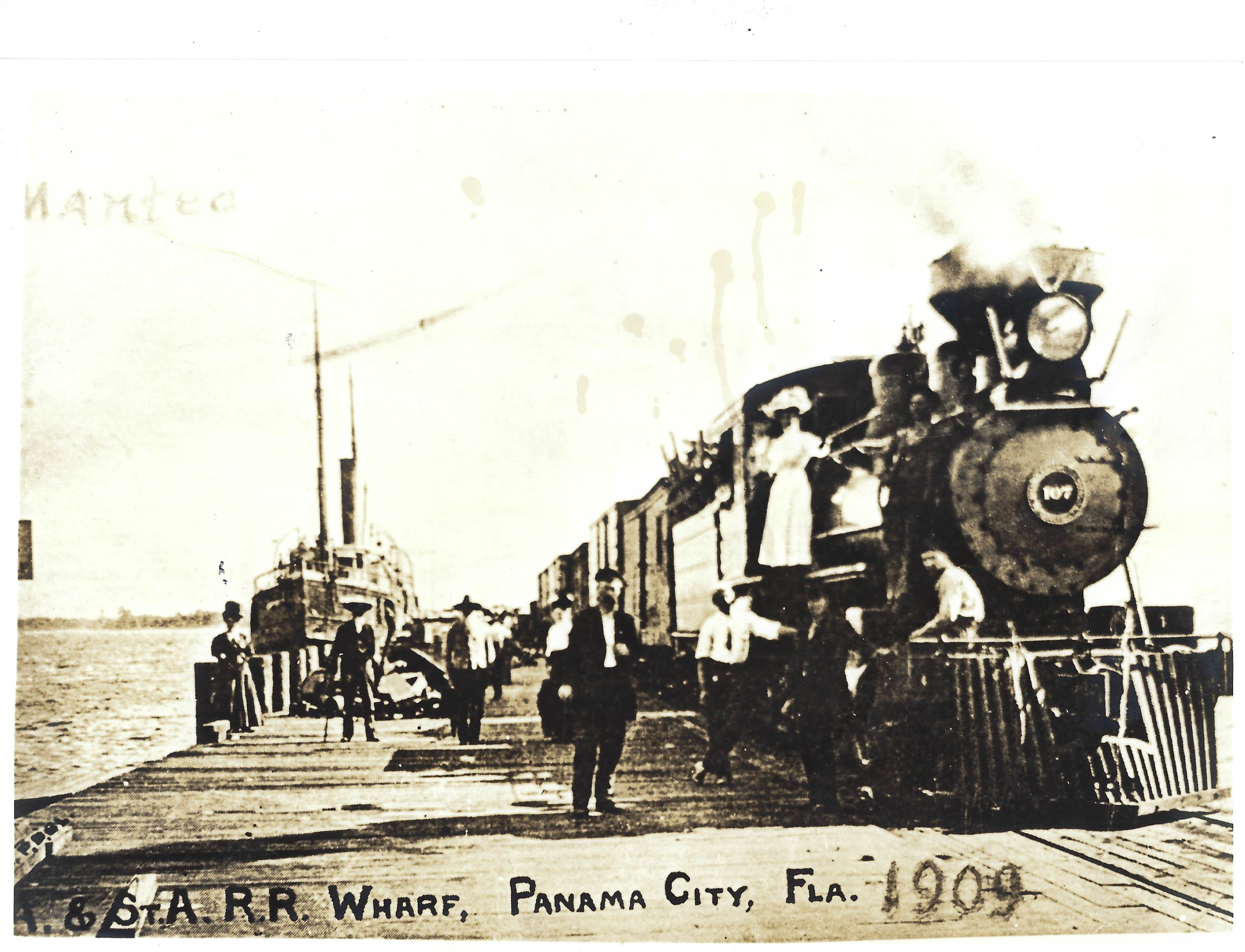 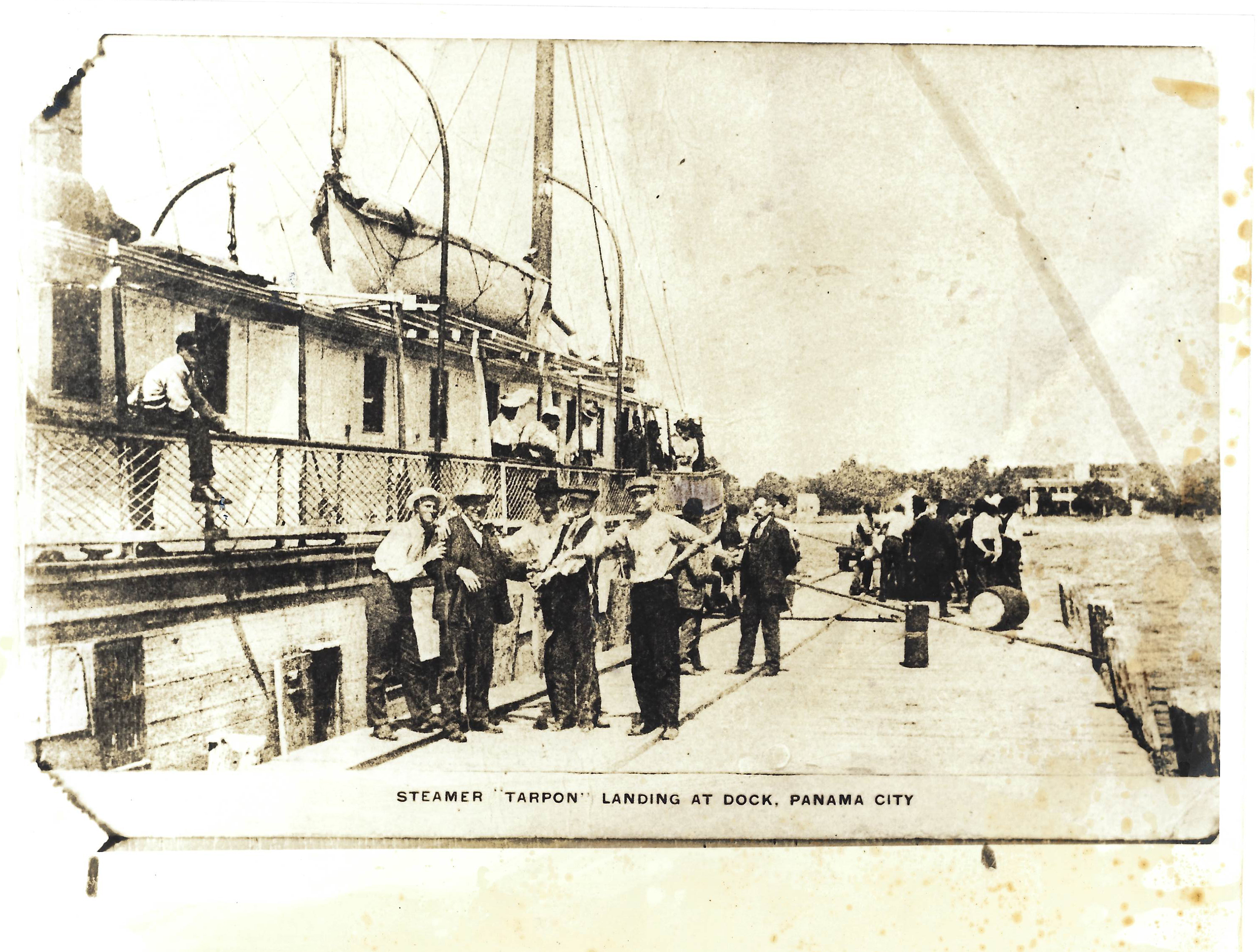